How the United States Became Larger

An Object Lesson in Historic Geography

When Washington was a young man, the French claimed all the land west of the Alleghany Mountains. If the French had succeeded in holding all this western country the United States would always have been only a little strip of thirteen States along the Atlantic coast, reaching from Maine to Georgia. But by conquering Canada the English got possession of all the territory east of the Mississippi River. This was given up to England by the French in the treaty made twelve years before the Revolutionary War. Daniel Boone and other settlers soon afterwards crossed the mountains and began to take possession of the great West.

During the first year of the Revolution no care was taken to drive the British from the forts in the West. But in 1778 George Rogers Clark led a little band of Kentucky settlers through the wilderness to the Mississippi River, where he captured the British fort at Kaskaskia, in what is now Illinois. He then marched eastward and captured Vincennes, in the present State of Indiana. These and other victories of Clark gave the United States, at the close of the war, a claim to all the country lying east of the Mississippi. In the map, page 191, you will see what was the size of our country when the war closed. 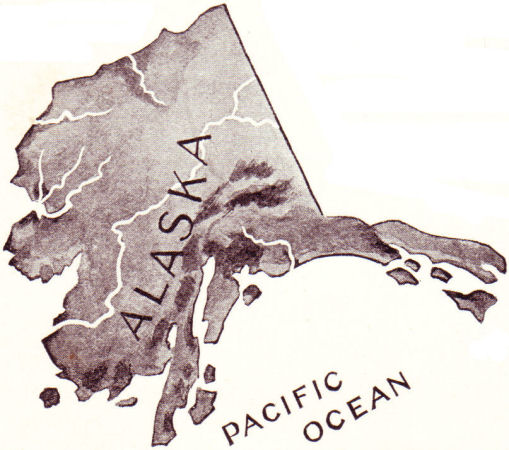 In 1803, twenty-one years after the close of the Revolutionary War, President Jefferson bought from France all that large region beyond the Mississippi River known then as Louisiana. It has since been cut up into many States and Territories. You will see by the section of the map on page 193 just how large it was. If you cut off the white part of page 191 and lay the leaf down on page 193, you will see just how much the United States was increased in size when Jefferson bought the old province of Louisiana. The size of the country was more than doubled when Louisiana was added to it. 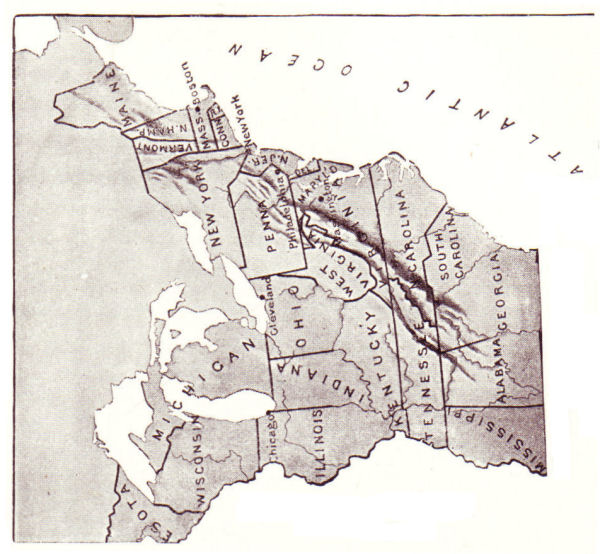 The province of Louisiana did not reach to the westward of the Rocky Mountains. But in 1791, before Louisiana was bought, Robert Gray, the first sea captain that ever carried the American flag around the world, discovered the river Oregon, which he called the Columbia, after the name of his ship. After Jefferson had bought Louisiana for the United States, he sent the explorers Lewis and Clark with a party to examine the western part of the new territory, and to push on to the Pacific. These men were two years and four months making the trip from St. Louis to the Pacific Ocean and back. They reached the ocean in 1805, and spent the winter at the mouth of the Columbia River. The "Oregon country," as it was called, was then an unclaimed wilderness, and the discovery of the river by Captain Gray, with the exploration of the country by Lewis and Clark, gave the United States a claim to it. The region which was added to the United states by these explorations is shown on page 195. By cutting off the white part of page 193 and laying it down upon 195, you will see how the "Oregon country" extended the United States to the Pacific Ocean. 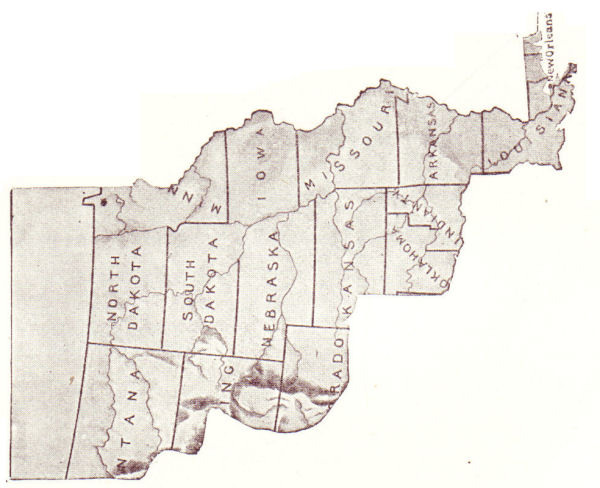