How the United States Became Larger

An Object Lesson in Historic Geography

On this same page 195 you will also find a map of Florida. The peninsula of Florida was occupied by the Spaniards more than forty years before the first colony of English people landed at Jamestown. From the time the colonies were settled, there were many quarrels between the people of this country and the Spanish inhabitants of Florida. But in 1821 Florida was bough from Spain, and became a part of the United States. 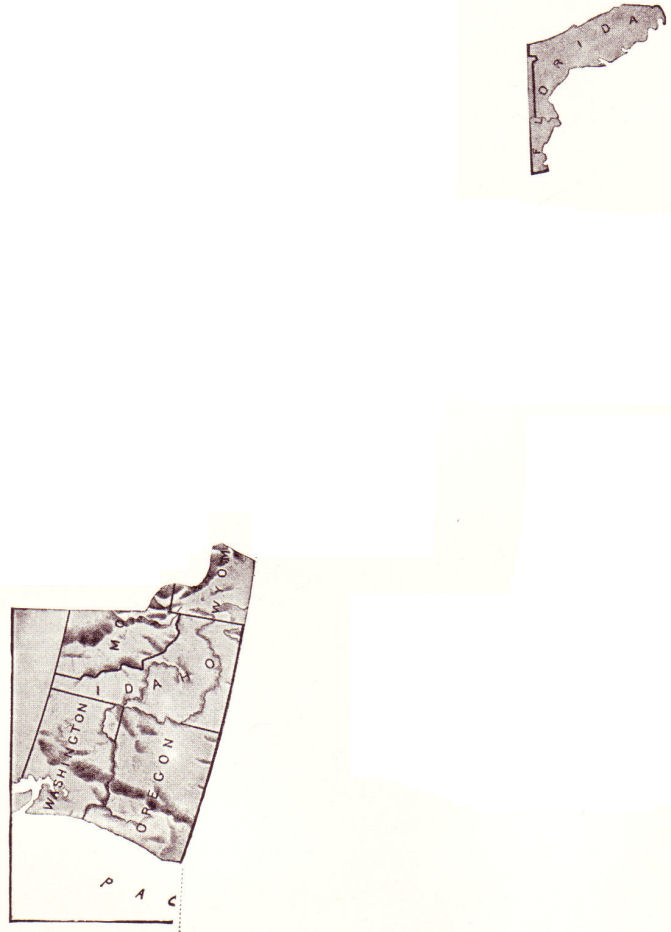 Mexico, which was at first a Spanish colony, rebelled against Spain, and secured its independence. One of the States of the Mexican Republic was Texas. Americans who had settled in Texas got into a dispute with the government of Mexico. This took the form of a revolution, and Texas became an independent republic, under a president of its own. In 1845 this republic of Texas was annexed to the United States by its own consent, and has been from that time the largest State in the Union. By removing the blank part of page 195, you will connect the map of Texas, on page 197, with the rest, and this will show what our country was in 1845. 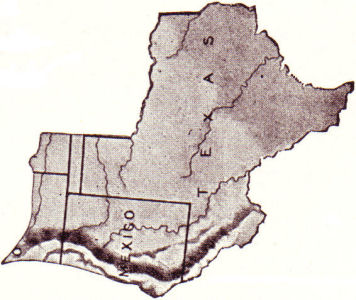 The Mexicans, though driven out of Texas, were quite unwilling to lose so large a territory. The annexation of Texas to the United States led to a war with Mexico, which lasted two years. During this war the United States troops took from Mexico California, on the Pacific coast, and a large region known as New Mexico, in the interior. At the close of the war, in 1847, this territory was retained by the United States, which paid to Mexico fifteen million dollars for it. Another small tract was bought from Mexico in 1851, which we may account part of the addition from Mexico in consequence of the war, and consider the two together. You will see, on this page, how large a region was added to the country by these annexations from Mexico. Cut out the blank space from page 197, and you will see how the country has been built up by additions of territory to its present size. 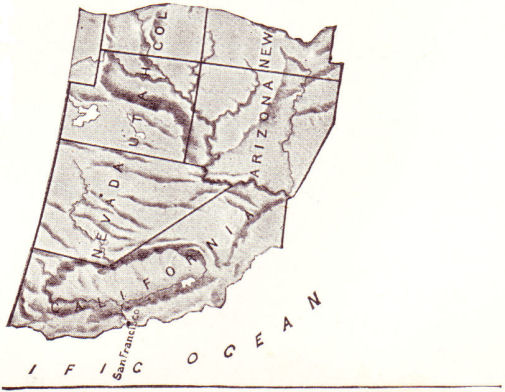 The only part of our continent governed by the United States which lies separate from the rest is Alaska. This was bought from Russia in 1867. You will get some notion of its position with reference to the rest of the country by looking at the map on page 190, in its relation to the sections on pages 191, 193, 195, 197, and 199. Our country also owns some outlying islands : the Hawaiian Islands, in the middle of the Pacific Ocean, which were annexed in 1898; and the islands taken from Spain at the close of the Spanish War. The territory of the United States is thus made up of ten parts. There is, first, the country as it was at the close of the Revolutionary War, and then nine additions made at different times.