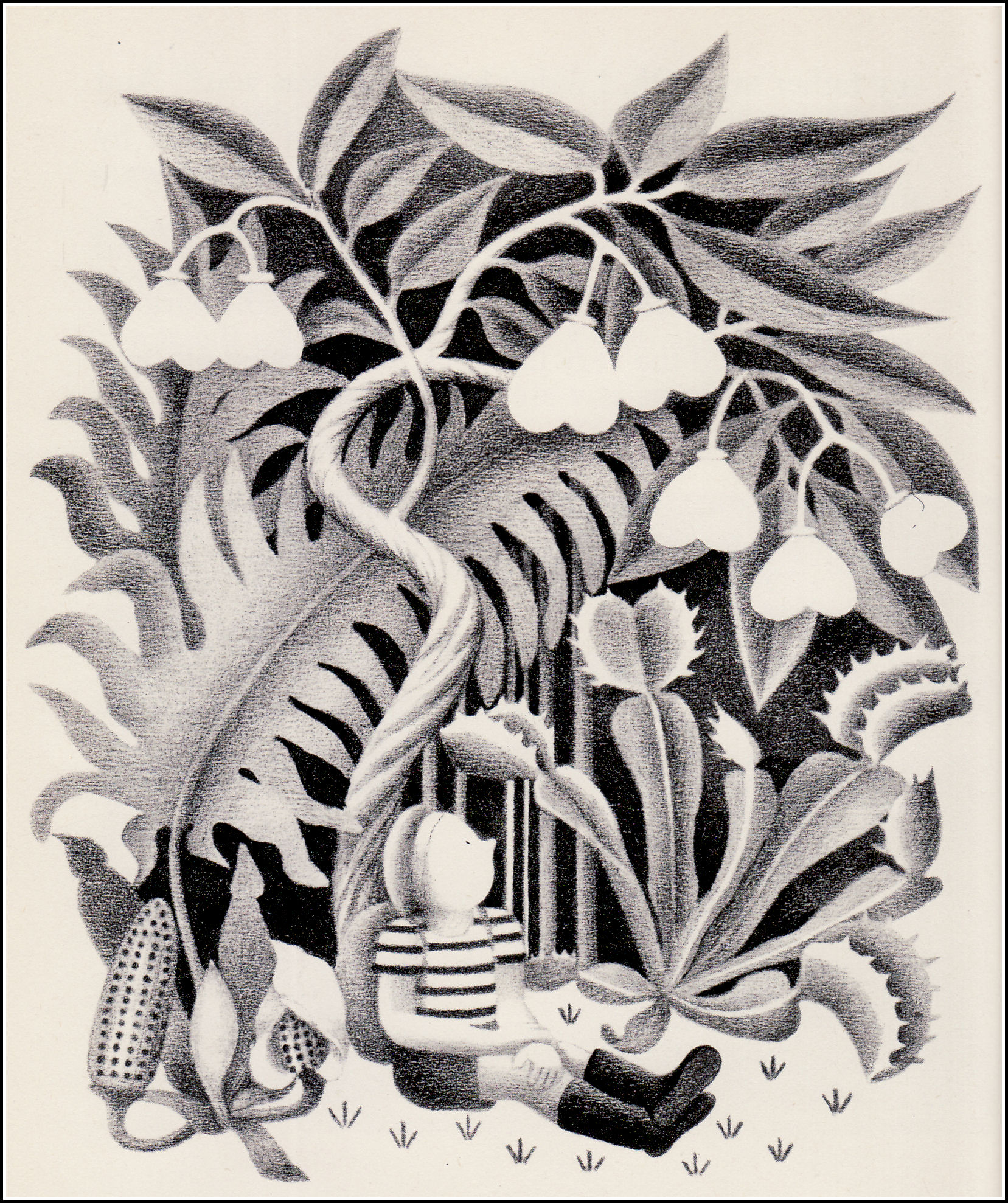 My Father Finds the River

T HE jungle began just beyond a narrow strip of beach; thick, dark, damp, scary jungle. My father hardly knew where to go, so he crawled under a wahoo bush to think, and ate eight tangerines. The first thing to do, he decided, was to find the river, because the dragon was tied somewhere along its bank. Then he thought, "If the river flows into the ocean, I ought to be able to find it quite easily if I just walk along the beach far enough." So my father walked until the sun rose and he was quite far from the Ocean Rocks. It was dangerous to stay near them because they might be guarded in the daytime. He found a clump of tall grass and sat down. Then he took off his rubber boots and ate three more tangerines. He could have eaten twelve but he hadn't seen any tangerines on this island and he could not risk running out of something to eat.

My father slept all that day and only woke up late in the afternoon when he heard a funny little voice saying, "Queer, queer, what a dear little dock! I mean, dear, dear, what a queer little rock!" My father saw a tiny paw rubbing itself on his knapsack. He lay very still and the mouse, for it was  a mouse, hurried away muttering to itself, "I must smell tumduddy. I mean, I must tell somebody." 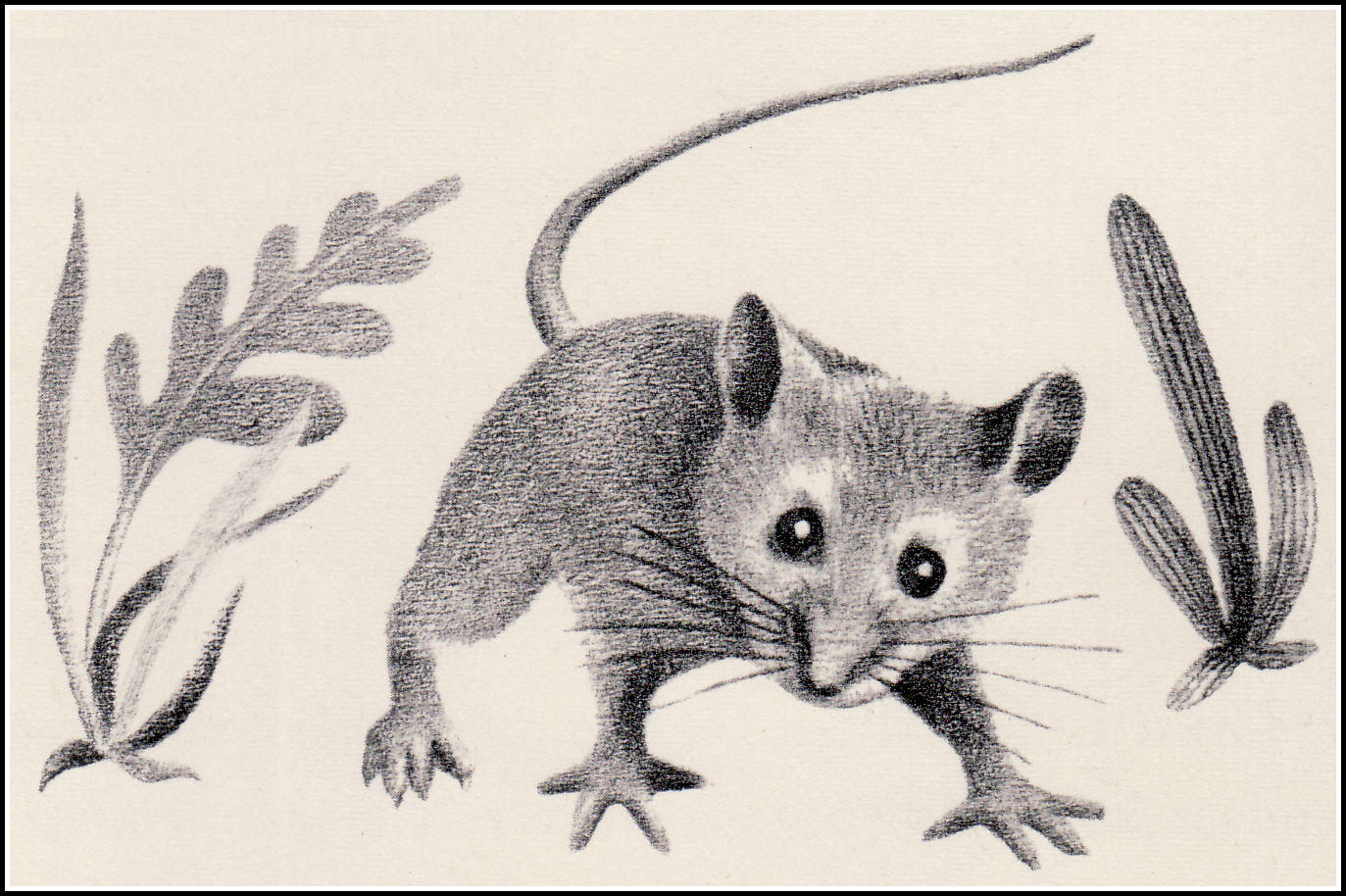 My father waited a few minutes and then started down the beach because it was almost dark now, and he was afraid the mouse really would tell somebody. He walked all night and two scary things happened. First, he just had to sneeze, so he did, and somebody close by said, "Is that you, Monkey?" My father said, "Yes." Then the voice said, "You must have something on your back, Monkey," and my father said "Yes," because he did. He had his knapsack on his back. "What do you have on your back, Monkey?" asked the voice.

My father didn't know what to say because what would a monkey have on its back, and how would it sound telling someone about it if it did have something? Just then another voice said, "I bet you're taking your sick grandmother to the doctor's." My father said "Yes" and hurried on. Quite by accident he found out later that he had been talking to a pair of tortoises. 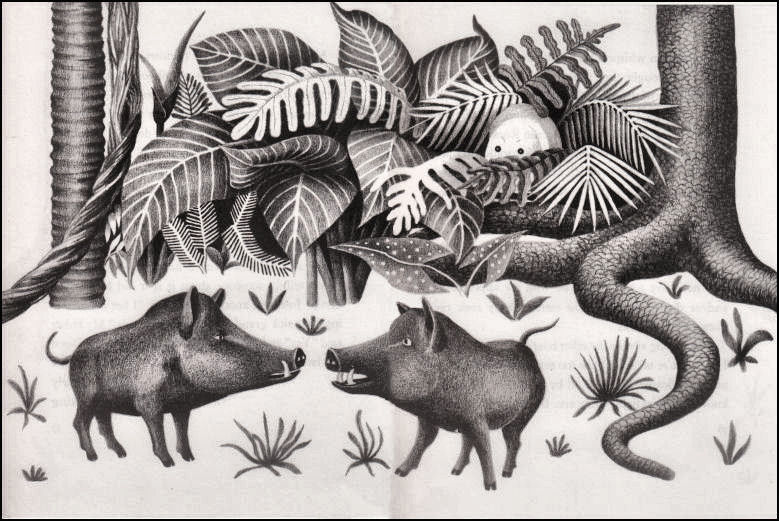 The second thing that happened was that he nearly walked right between two wild boars who were talking in low solemn whispers. When he first saw the dark shapes he thought they were boulders. Just in time he heard one of them say, "There are three signs of a recent invasion. First, fresh tangerine peels were found under the wahoo bush near the Ocean Rocks. Second, a mouse reported an extraordinary rock some distance from the Ocean Rocks which upon further investigation simply wasn't there. However, more fresh tangerine peels were found in the same spot, which is the third sign of invasion. Since tangerines do not grow on our island, somebody must have brought them across the Ocean Rocks from the other island, which may, or may not, have something to do with the appearance and/or disappearance of the extraordinary rock reported by the mouse."

After a long silence the other boar said, "You know, I think we're taking all this too seriously. Those peels probably floated over here all by themselves, and you know how unreliable mice are. Besides, if there had been an invasion, I  would have seen it!"

"Perhaps you're right," said the first boar. "Shall we retire?" Whereupon they both trundled back into the jungle.

Well, that taught my father a lesson, and after that he saved all his tangerine peels. He walked all night and toward morning came to the river. Then his troubles really began. 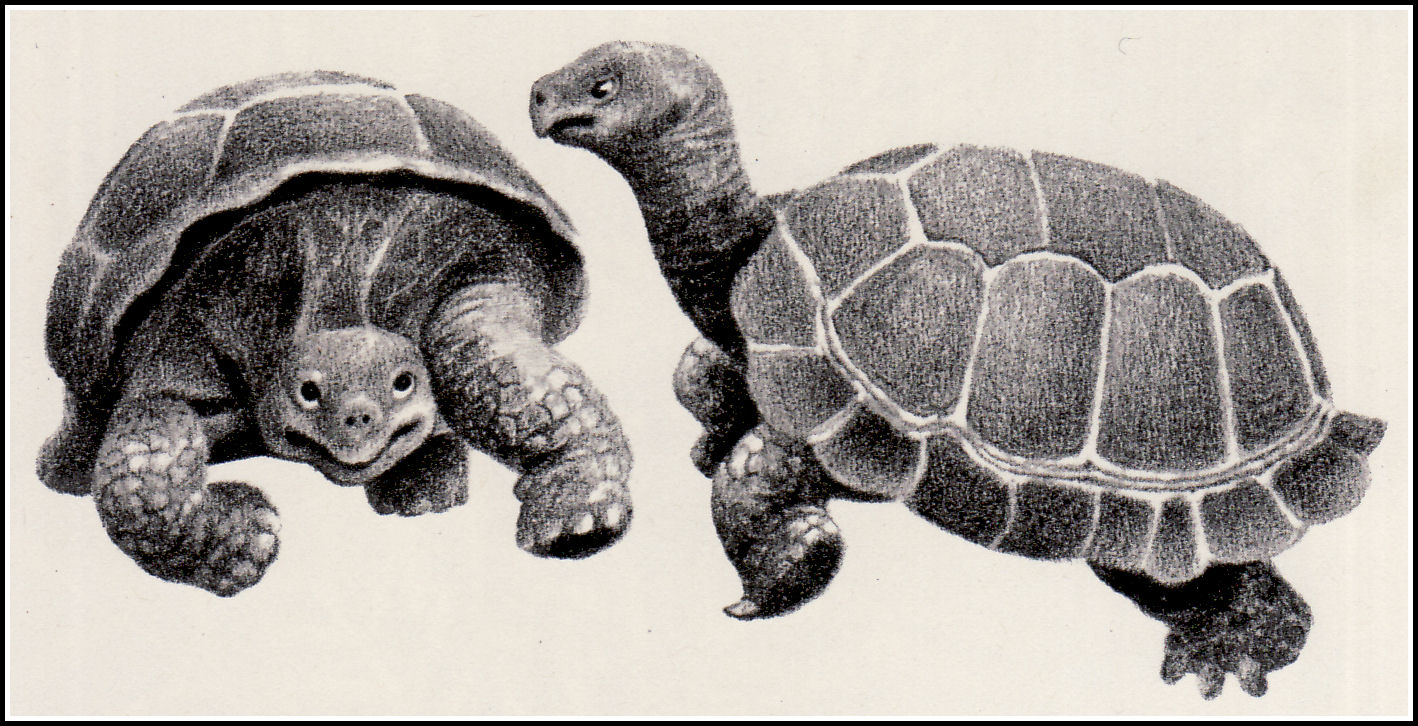