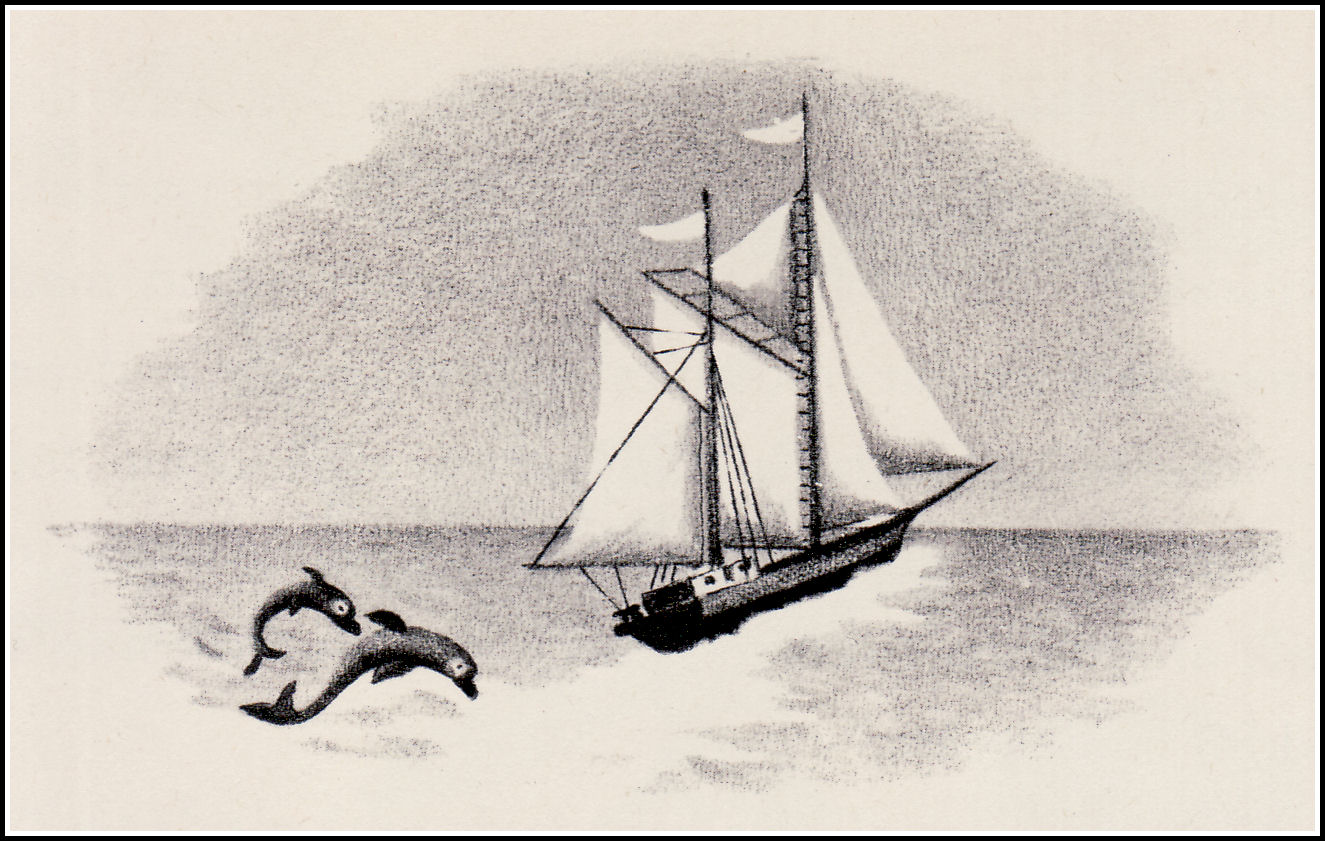 My Father Runs Away

"W ILD Island is practically cut in two by a very wide and muddy river," continued the cat. "This river begins near one end of the island and flows into the ocean at the other. Now the animals there are very lazy, and they used to hate having to go all the way around the beginning of this river to get to the other side of the island. It made visiting inconvenient and mail deliveries slow, particularly during the Christmas rush. Crocodiles could have carried passengers and mail across the river, but crocodiles are very moody, and not the least bit dependable, and are always looking for something to eat. They don't care if the animals have to walk around the river, so that's just what the animals did for many years."

"But what does all this have to do with airplanes?" asked my father, who thought the cat was taking an awfully long time to explain.

"Be patient, Elmer," said the cat, and she went on with the story. "One day about four months before I arrived on Wild Island a baby dragon fell from a low-flying cloud onto the bank of the river. 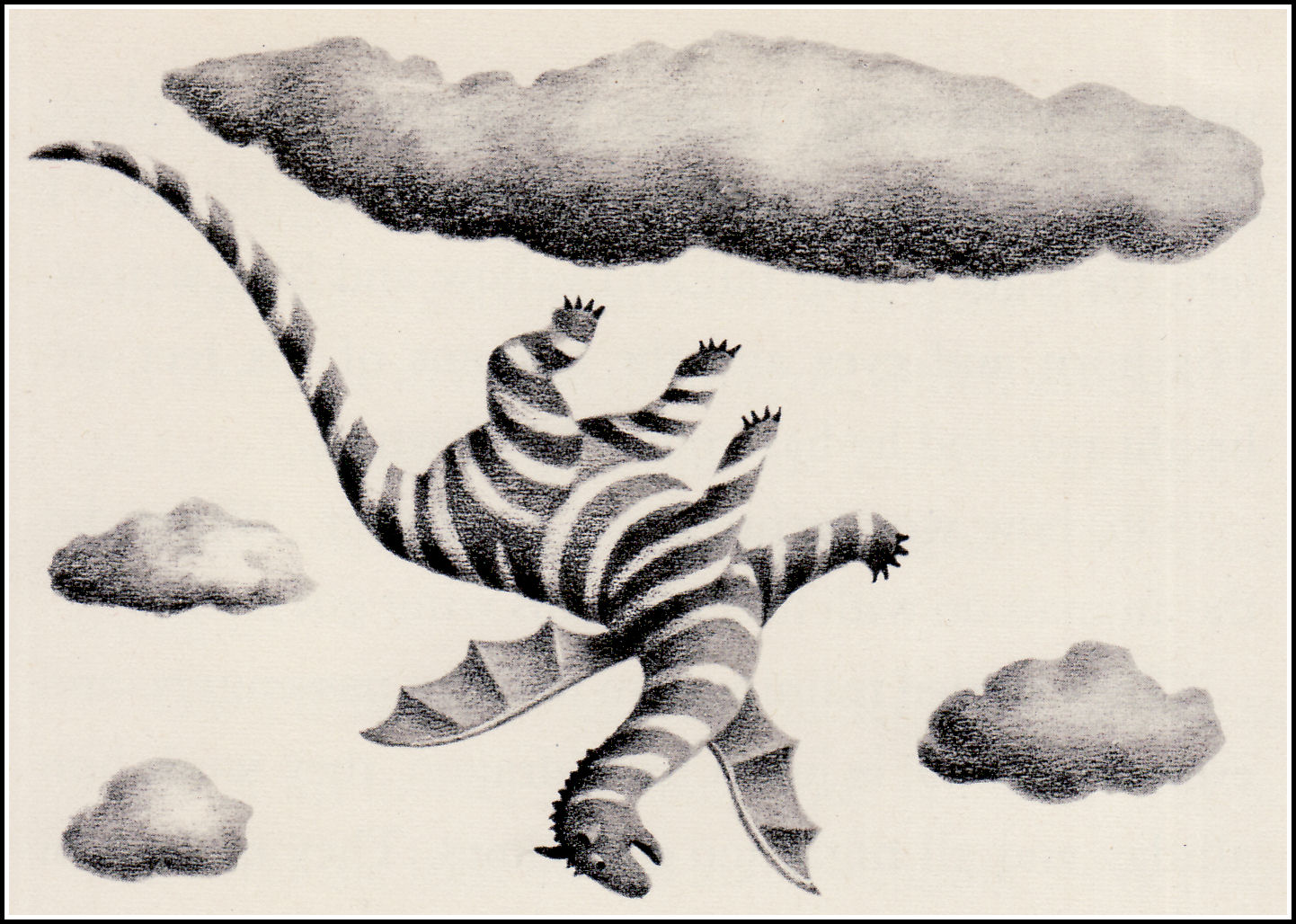 He was too young to fly very well, and besides, he had bruised one wing quite badly, so he couldn't get back to his cloud. The animals found him soon afterwards and everybody said, 'Why, this is just exactly what we've needed all these years!' They tied a big rope around his neck and waited for the wing to get well. This was going to end all their crossing-the-river troubles."

"Oh, yes, indeed I saw the dragon. In fact, we became great friends," said the cat. "I used to hide in the bushes and talk to him when nobody was around. He's not a very big dragon, about the size of a large black bear, although I imagine he's grown quite a bit since I left. He's got a long tail and yellow and blue stripes. His horn and eyes and the bottoms of his feet are bright red, and he has gold-colored wings."

"Oh, how wonderful!" said my father. "What did the animals do with him when his wing got well?"

"They started training him to carry passengers, and even though he is just a baby dragon, they work him all day and all night too sometimes. They make him carry loads that are much too heavy, and if he complains, they twist his wings and beat him. He's always tied to a stake on a rope just long enough to go across the river. His only friends are the crocodiles, who say 'Hello' to him once a week if they don't forget. Really, he's the most miserable animal I've ever come across. When I left I promised I'd try to help him someday, although I couldn't see how. The rope around his neck is about the biggest, toughest rope you can imagine, with so many knots it would take days to untie them all.

"Anyway, when you were talking about airplanes, you gave me a good idea. Now, I'm quite sure that if you were able to rescue the dragon, which wouldn't be the least bit easy, he'd let you ride him most anywhere, provided you were nice to him, of course. How about trying it?"

"Oh, I'd love to," said my father, and he was so angry at his mother for being rude to the cat that he didn't feel the least bit sad about running away from home for a while.

That very afternoon my father and the cat went down to the docks to see about ships going to the Island of Tangerina. They found out that a ship would be sailing the next week, so right away they started planning for the rescue of the dragon. The cat was a great help in suggesting things for my father to take with him, and she told him everything she knew about Wild Island. Of course, she was too old to go along.

Everything had to be kept very secret, so when they found or bought anything to take on the trip they hid it behind a rock in the park. The night before my father sailed he borrowed his father's knapsack and he and the cat packed everything very carefully. He took chewing gum, two dozen pink lollipops, a package of rubber bands, black rubber boots, a compass, a tooth brush and a tube of tooth paste, six magnifying glasses, a very sharp jackknife, a comb and a hairbrush, seven hair ribbons of different colors, an empty grain bag with a label saying "Cranberry," some clean clothes, and enough food to last my father while he was on the ship. He couldn't live on mice, so he took twenty-five peanut butter and jelly sandwiches and six apples, because that's all the apples he could find in the pantry.

When everything was packed my father and the cat went down to the docks to the ship. A night watchman was on duty, so while the cat made loud queer noises to distract his attention, my father ran over the gang-plank onto the ship. He went down into the hold and hid among some bags of wheat. The ship sailed early the next morning. 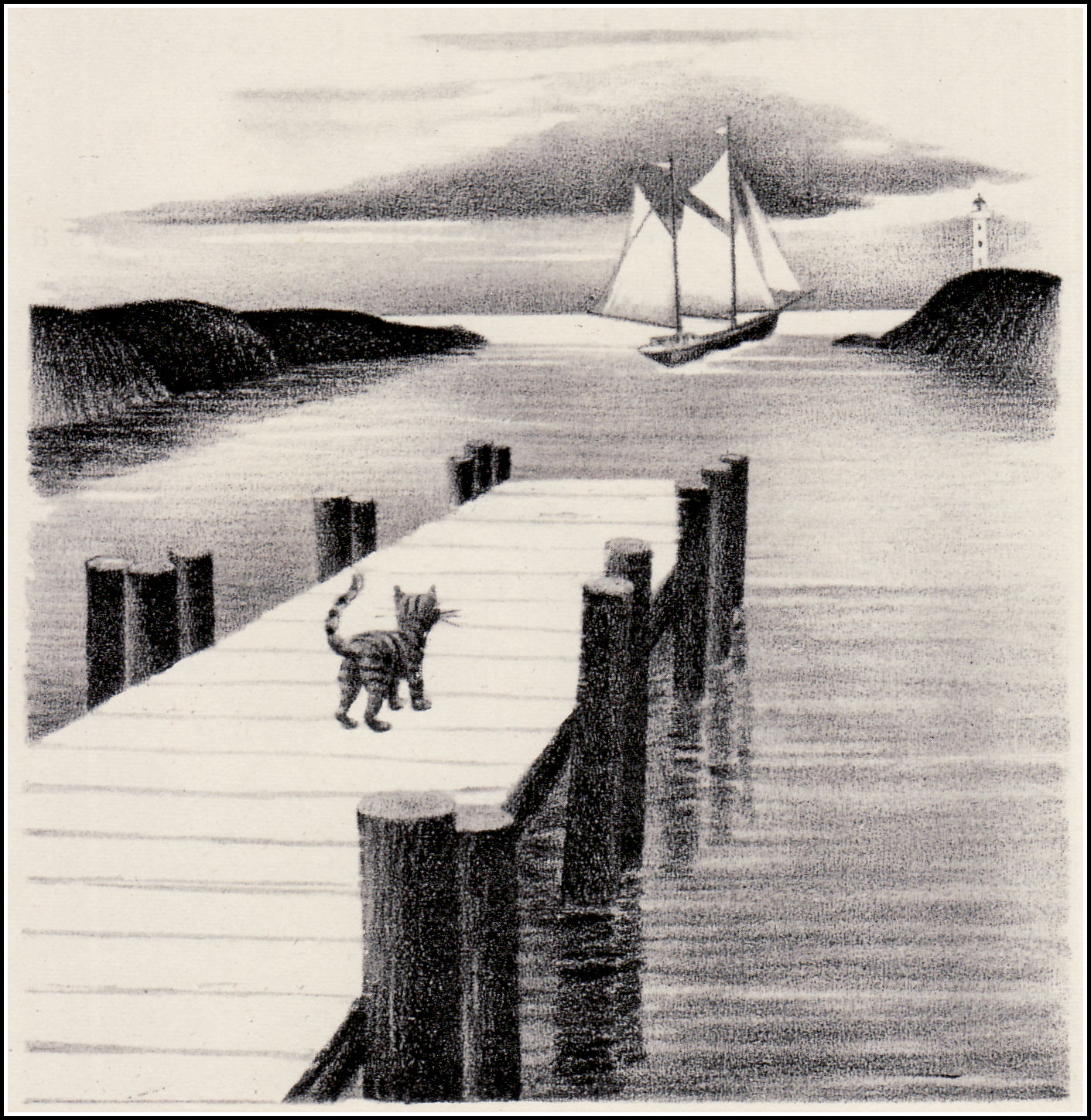