N OW you shall hear a story that somebody's great-great-grandmother told a little girl ever so many years ago:

There was once a little old man and a little old woman, who lived in a little old house in the edge of a wood. They would have been a very happy old couple but for one thing—they had no little child, and they wished for one very much. One day, when the little old woman was baking gingerbread, she cut a cake in the shape of a little boy, and put it into the oven. 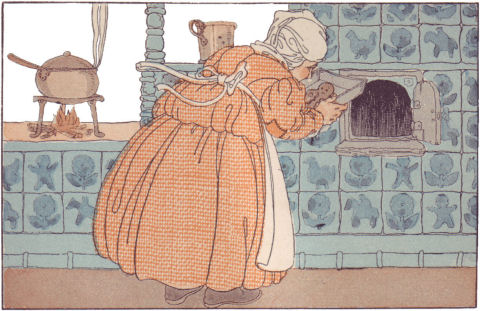 Presently, she went to the oven to see if it was baked. As soon as the oven door was opened, the little gingerbread boy jumped out, and began to run away as fast as he could go. 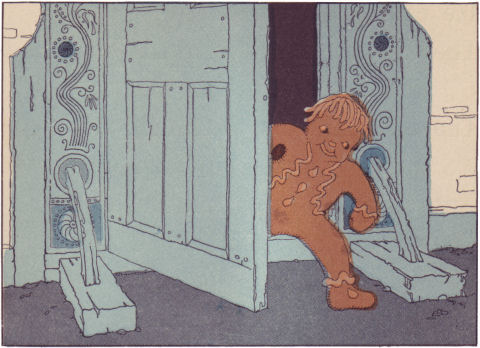 The little old woman called her husband, and they both ran after him. But they could not catch him. And soon the gingerbread boy came to a barn full of threshers. He called out to them as he went by, saying:

Then the barn full of threshers set out to run after him. But, though they ran fast, they could not catch him. And he ran on till he came to a field full of mowers. He called out to them: 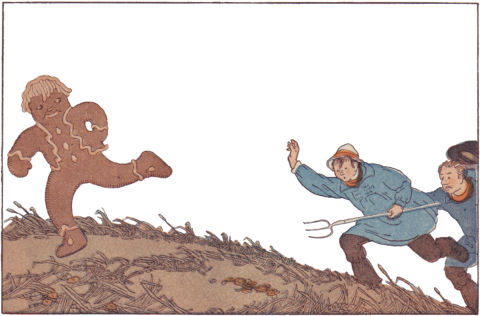 Then the mowers began to run after him, but they couldn't catch him. And he ran on till he came to a cow. He called out to her:

But, though the cow started at once, she couldn't catch him.

And soon he came to a pig. He called out to the pig:

But the pig ran, and couldn't catch him. And he ran till he came across a fox, and to him he called out: 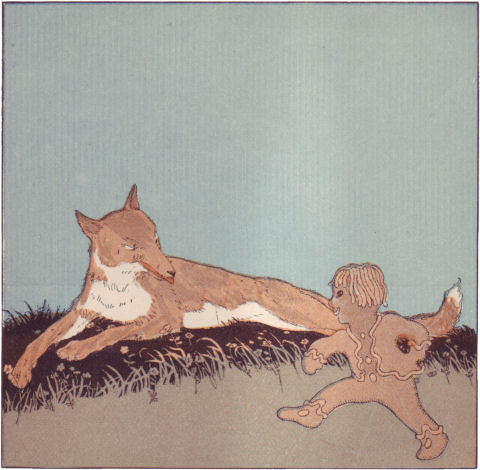 Then the fox set out to run. Now foxes can run very fast, and so the fox soon caught the gingerbread boy and began to eat him up. 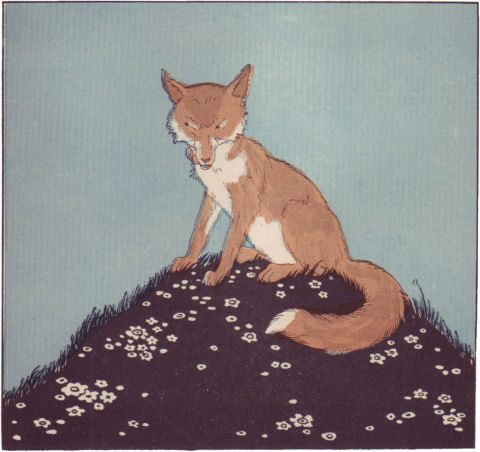