General Andrew Jackson's father was also named Andrew Jackson. He was an Irishman, who came to the Waxhaw settlement, on the line between North and South Carolina, about ten years before the Revolution. He had built a log cabin, cleared a little land, and raised a crop of corn, when he sickened and died. In this sad time his son, Andrew Jackson, was born. Andrew's mother lived with her relatives, and spun flax to earn a little money.

From a little fellow "Andy" was a hot-tempered boy. Some larger boys once loaded a gun very heavily, and gave it to Andy to fire, in order to see him knocked over by the "kick" of the gun. But the fierce little fellow had no sooner tumbled over, than he got up and vowed that he would kill the first one that laughed, and not one of the boys dared to provoke him. He grew up in a wild country and among rough people. What little schooling he got was at an old-field schoolhouse.

When he was but thirteen the Revolutionary War began. In the South the struggle was very bitter, neighbor battling against neighbor with any weapons that could be found. Of course, a fiery fellow like Andrew wanted to have a hand in the fight against England. Whenever he went to a blacksmith's shop he hammered out some new weapon. Young as he was, he was in two or three skirmishes. In one of these, Andrew and his brother were taken prisoners. A British officer ordered Andrew to clean the mud off his boots. Young Jackson refused, and got a sword cut on his head for it. His brother was treated in the same way. The two wounded boys were then confined in a forlorn prison pen, where they took the smallpox. Their mother managed to get them exchanged, and brought the sick boys home.

When Andrew Jackson was eighteen years old he went to the village of Salisbury to study law. At this time many settlers were crossing the mountains into the rich lands to the westward, and young Jackson moved to the newly settled country of Tennessee. Here, in the fierce disputes of a new country, it took a great deal of courage to practice law.

Jackson was not only brave; he was also a quick-tempered man, who got into many quarrels during his life, and sometimes fought duels. The rough people among whom he lived were afraid of him. One day he was eating at a long table which the keeper of the tavern had set out of doors for the crowd that had come to see a horse race. A fight was going on at the other end of the table; but fights were so common in this new country that Jackson did not stop eating to find out what it was about. Presently he heard that a friend of his, one Patten Anderson, was likely to be killed. Jackson could not easily get to his friend for the crowd, but he jumped up on the table and ran along on it, putting his hand into his pocket as though to draw a pistol. He cried out at the same time, "I'm coming, Patten!" and he opened and shut the tobacco box in his pocket with a sound like the cocking of a pistol. The crowd was so afraid of him that they scattered at once, crying "Don't fire!" 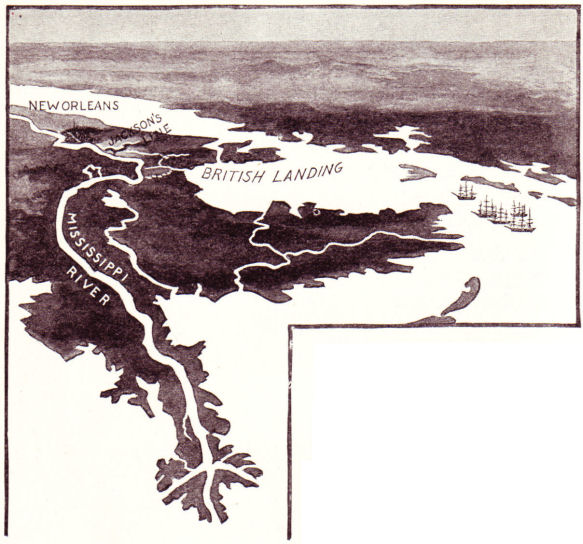